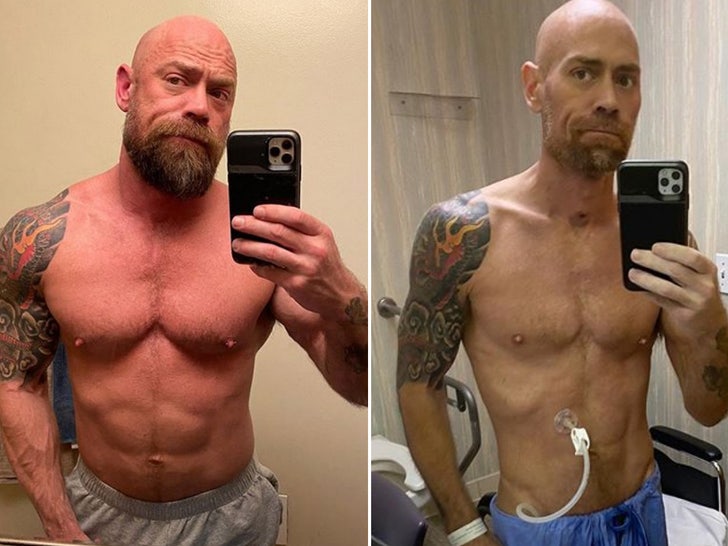 Nurse Mike Schultz is now a walking billboard for how COVID-19 can ravage your body, assuming you survive — the formerly super fit guy is almost unrecognizable after a 6 week battle.

Mike came out the other side 50 lbs. lighter, most of that muscle, based on the side-by-side photo. The shredded dude is him a month before contracting coronavirus, compared to now after getting released from a Massachusetts hospital.

The 43-year-old nurse from San Francisco battled coronavirus-induced pneumonia which he says dropped him down to 140 pounds. Mike says he used to work out 6 to 7 days per week. He was hospitalized on March 16 … a week after attending an event in Miami … pre-lockdown restrictions.

Nearly 40 people from that event contracted the virus and 3 died. Within days of arriving in Boston to visit his boyfriend, Schultz’s fever hit 103 and he struggled breathing. His lungs were also filling with liquid, so they raced him to the hospital.

When he finally woke up, Schultz told BuzzFeed he was so weak he couldn’t hold up his cell phone and his hands were shaking when he typed. 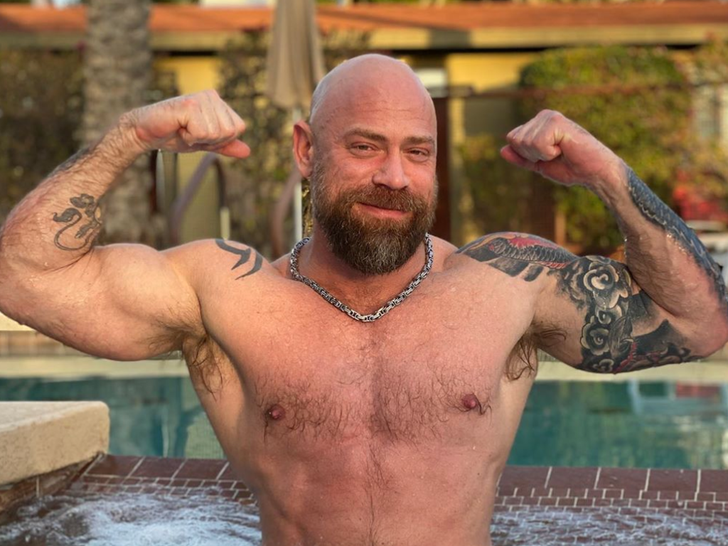 As he starts the road to recovery, one thing’s for sure … Schultz hasn’t lost his sense of humor. He said, “I’ll get back to where I was in healthier ways this time….maybe even do cardio.”

That’s not exactly his priority right now, though. Mike’s first meal after the hospital was reportedly McDonald’s — two cheeseburgers, small fries and a strawberry shake.