They Can’t Afford Me! 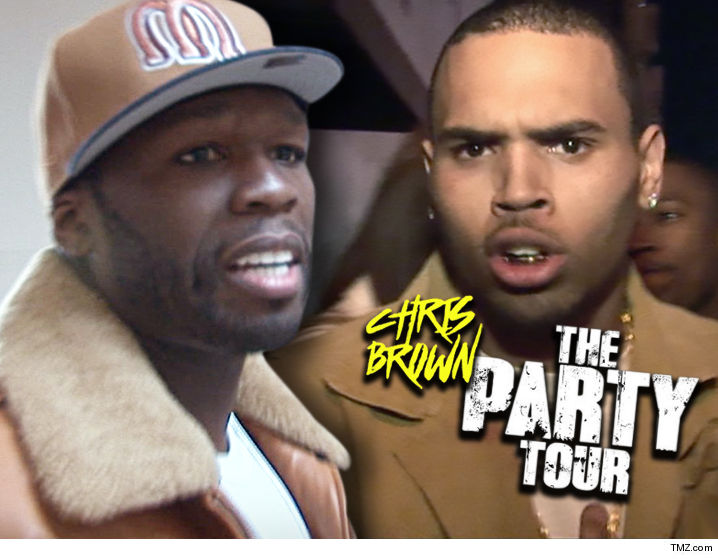 50 Cent‘s sudden absence from Chris Brown‘s tour promos is all about a huge money gap between 50’s camp and the promoter behind Chris’ tour .. TMZ has learned.

Sources connected to the tour tell us Fiddy was all in to be the lead guest on The Party Tour after initial talks with Breezy’s camp, where both sides agreed on his fee for the gig. We’re told Live Nation — the company putting on the show — also assumed 50 was in and began putting his name and image on promotional materials.

When it was time to sign on the dotted line though … we’re told Live Nation and 50 were “hundreds of thousands of dollars apart” on terms. There was an attempt to negotiate but the rapper finally walked 2 weeks ago. The tour continued to be hyped with 50 for at least another week.

Some fans are now pissed, claiming they bought tickets just to see Fiddy. The tour kicks off Friday in Baltimore, and we’re told no refunds will be given because Chris, the headliner, will be there as scheduled.