accidentally shares a photo of male nude painting on Twitter on Thursday evening, April 21. The posting, luckily wasn’t a naked picture of himself, came just after the start of his CNN show “Anderson Cooper 360”.

The full-frontal picture did not stay up on Anderson’s account for long. It was deleted within minutes. In a screenshot obtained by Gossip Cop, the photo showed a male nude painting, appearing to be a screengrab from the auction house Sotheby’s, and was titled “19th Century European Art.” 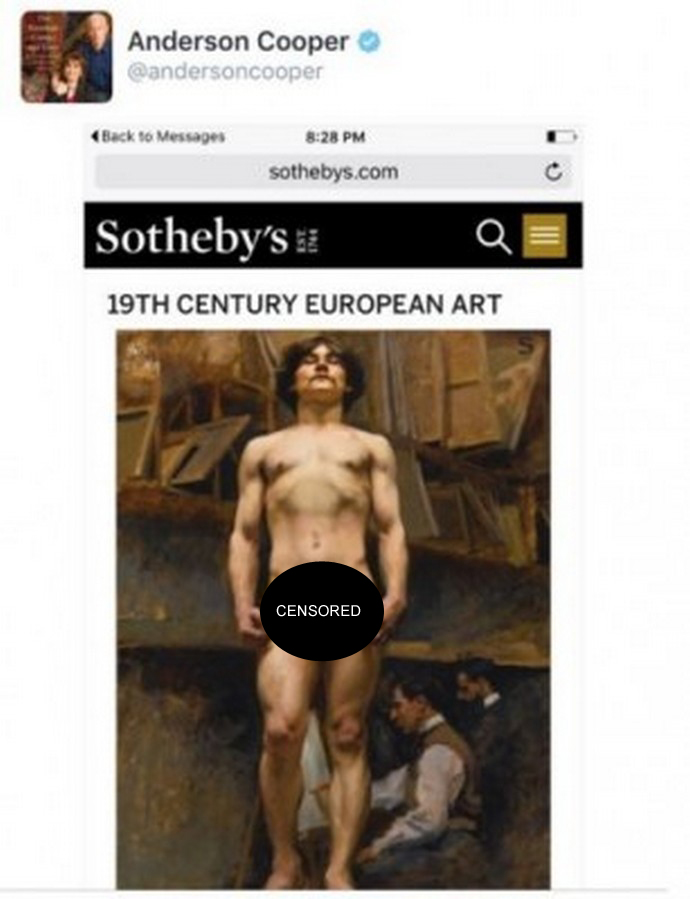 The 48-year-old CNN anchor then explained the incident, tweeting, “That was weird… Got sent a bunch of images of artworks coming up at auction… Not sure how it got tweeted out.” This posting has also been removed now.

The photo was uploaded in the midst of a special two-hour broadcast of “360” in honor of , who passed away earlier on the day. Prior to the nude photo mishap, Anderson tweeted, “Tonight #StevieWonder #GeorgeClinton @SpikeLee and others join me to remember @prince. #AC360 8-10pm.”

Anderson was recently on “” following his shocking departure announcement.