Celebrities showed up in black at the 2018 British Academy Film Awards (BAFTAs). Often dubbed Britain’s equivalent to the Oscars, the event held on Sunday, February 18 at the Royal Albert Hall in London attracted a handful of Hollywood stars in addition to British actors.

Among the biggest names attending the award ceremony was . She came with her long-term friend and human rights activist and author Loung Ung, hugging and laughing together while posing on the red carpet.

The 42-year-old actress looked elegant in a strapless custom Ralph & Russo velvet gown which featured a thigh-high slit. The “” helmer teamed her dress with 33 carat diamond earrings by Graff. Her long hair was styled in a sleek chignon. 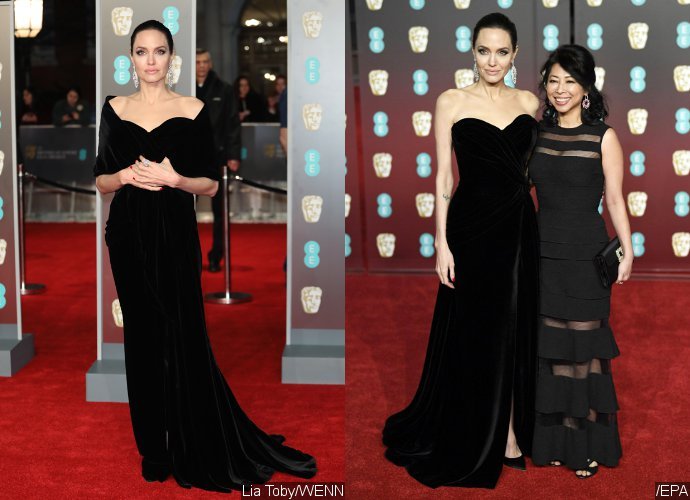 opted for a classic look in an off-the-shoulder black gown with semi-sheer cream lace back. Her blonde tresses were styled sleek and straight, and parted in the middle. She sported a bold red lipstick and wore emerald earrings and matching ring. 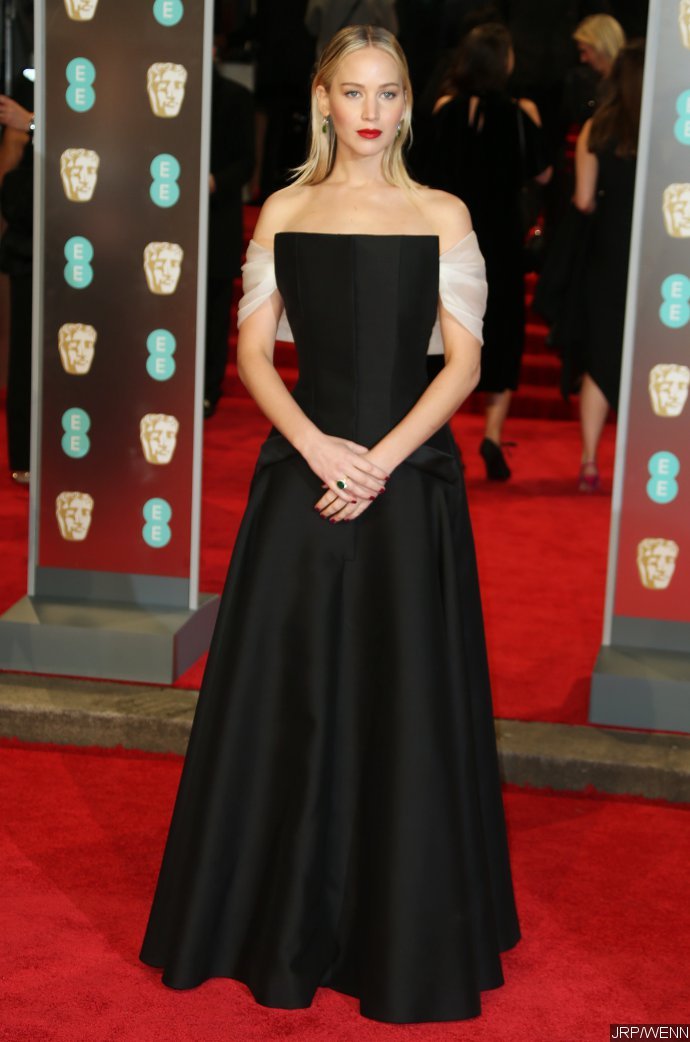 oozed modern style in a black, Art Deco style gown by Elie Saab with an angled silhouette, accented with silver piping and a Time’s Up pin. She accessorized with dangle earrings and some rings. 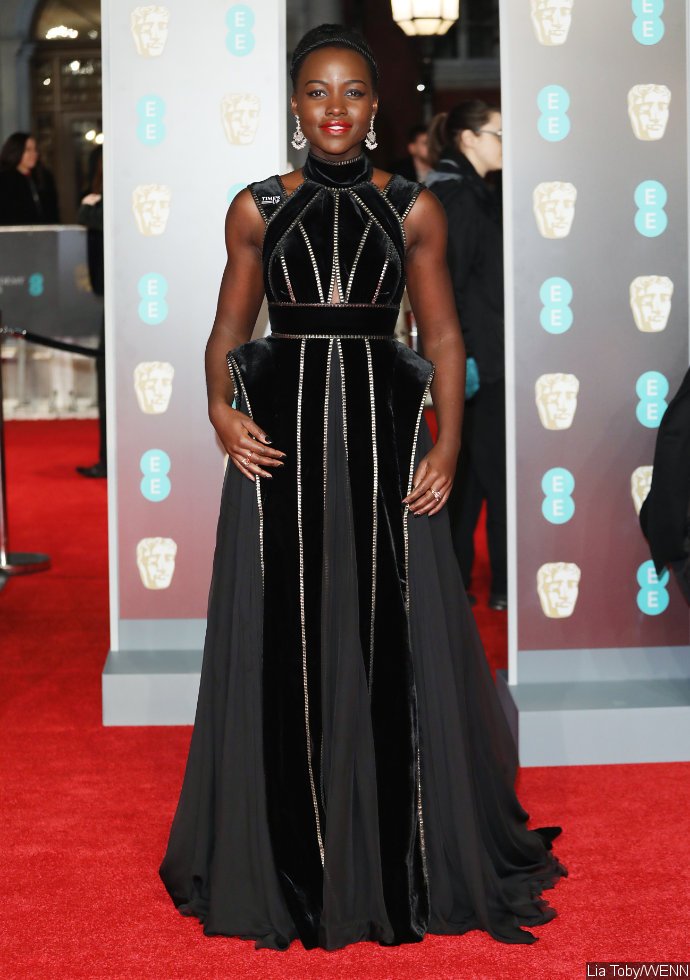 stunned in a pleated Givenchy design, which featured an embroidered skirt. She completed her look with diamond earrings and a bejeweled clutch. Her blonde locks were resting about her shoulders in soft waves.

showed off her toned legs in a black Chanel dress with semi-sheer sequined frock and feathered fringing. She teamed the outfit with a pair of simple black platform shoes. Wearing nude makeup, she arranged her hair into an elegant updo. 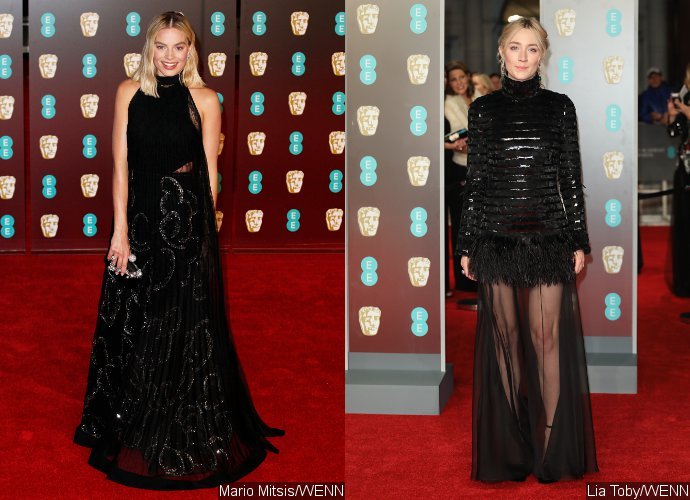 oozed glamor in a sparkling black gown by Sachin & Babi with a criss-crossing pattern and flowing sleeves. , meanwhile, bared some cleavage in a figure-hugging black Gucci gown with a pink floral embellishment. 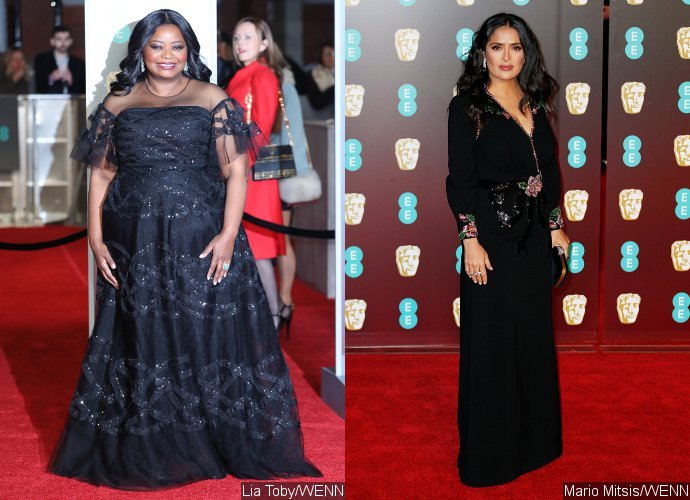 Other movie beauties who hit the red carpet included in custom Alberta Ferretti, in a Burberry ballgown, who wore a stunning jumpsuit and came with journalist and campaigner Afua Hirsch, as well as who made a statement with a trouser suit teamed with Time’s Up pin. 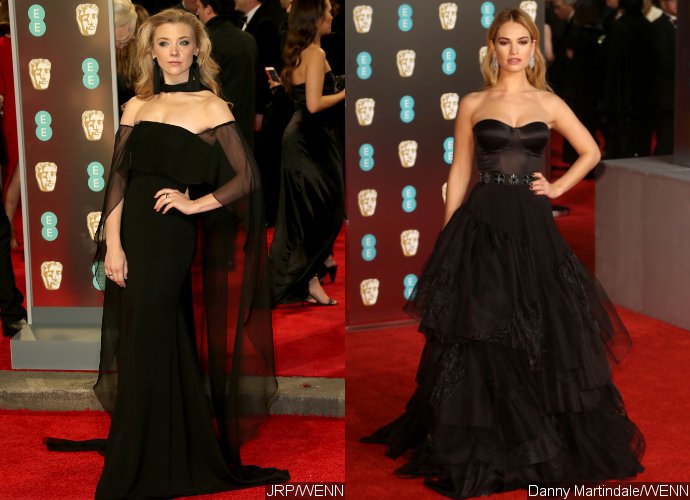 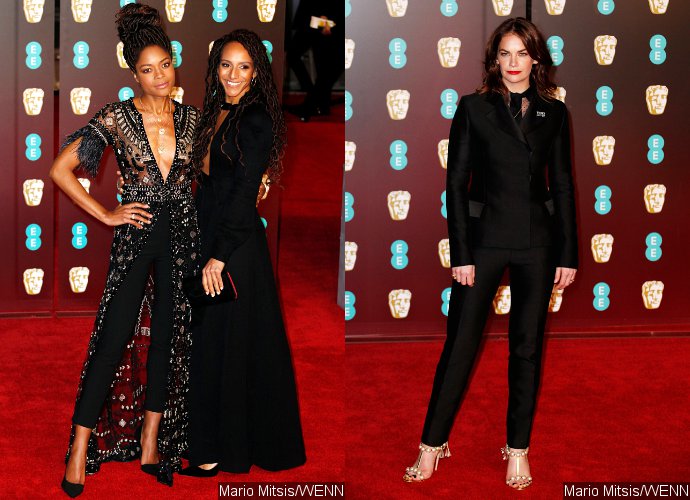 Bringing along their loved ones were best actor nominee who came with wife , supporting actor winner who was accompanied by his wife , and who was joined by his girlfriend. 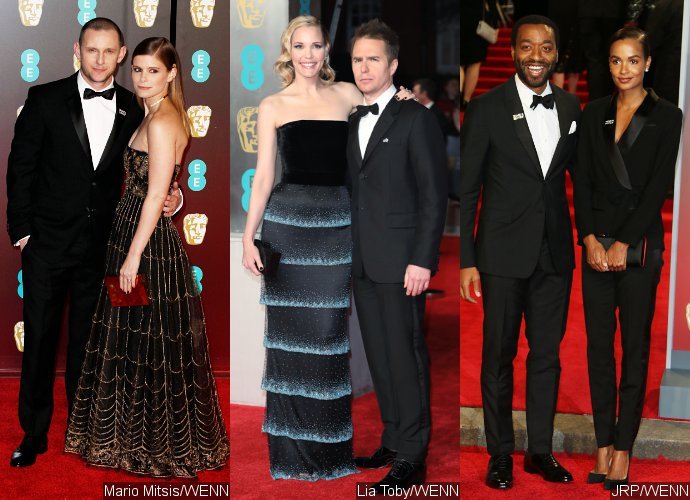