Jamie Spears was spotted for the first time since he underwent two emergency surgeries for a ruptured colon on Easter Sunday, the same day his daughter took a break from her rehab.

AceShowbiz –
Britney Spears‘ father Jamie Spears has resurfaced since suffering a life-threatening colon rupture. The 66-year-old was seen driving himself on Easter Sunday, April 21 as he reportedly headed for a relaxing fishing trip alone.

The father of the pop star looked healthy enough to drive his yellow truck in Louisiana, two months after his hospitalization and two emergency surgeries for the ruptured colon. He was photographed wearing a printed hat and a dark shirt. 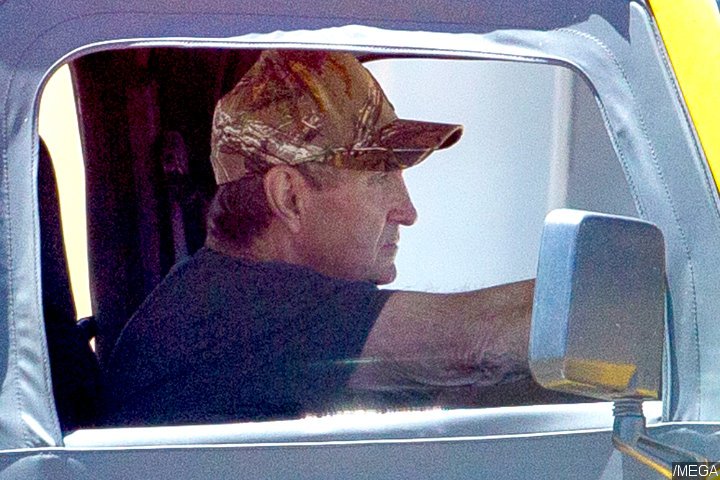 Jamie Spears was spotted driving his Jeep on Easter Sunday.

The photos were taken on the same day his daughter Britney took a break from her stay in a mental health rehabilitation facility to reunite with her boyfriend Sam Asghari. The pair were spotted leaving The Montage Resort and Hotel in Beverly Hills over the weekend. The 37-year-old singer, who wore an off-the-shoulder red sundress, appeared a little disheveled as she made her way to a waiting car.

Britney announced her latest rehab gig earlier this month with an Instagram post which read, “Fall in love with taking care of yourself, mind, body, spirit.” She added in the caption, “We all need to take time for a little ‘me time.’ ”

Words were the stress of taking care of her ailing father took a toll on Britney’s mental health. The “…Baby One More Time” hitmaker had postponed her Las Vegas residency, which was initially scheduled to begin on February 13, in January to spend time with her father.

The Blast recently reported that taking care of her father was just a “smokescreen to distract people” from the alleged downward spiral that the singer was experiencing. A source told the site that Britney was in “no condition” to take on a rigorous schedule of rehearsals and performances. “She just could not do it,” so the source claimed, adding that her mental state was “horribly messed up.”

Another site, Page Six, claimed that low ticket sales were another reason why the “Domination” show was delayed. “A lot of people rely on Britney, so they wanted to milk every cent from this deal,” a source said. “Ticket sales were very soft. The tickets were priced so high.”