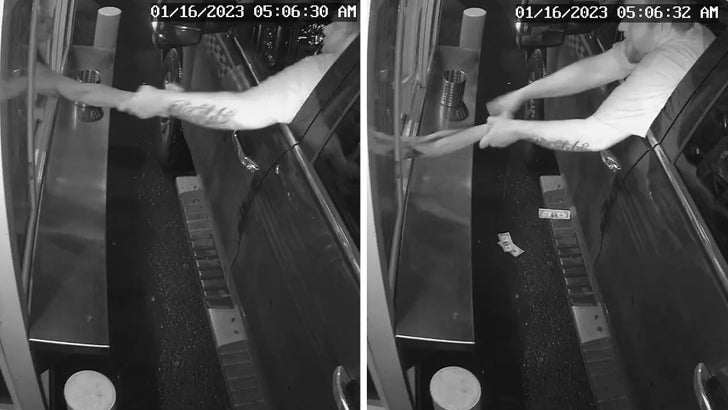 A barista working the drive-thru at a coffee shop in Washington state was almost yanked through the opening by a would-be kidnapper … who seemed ready to tie her up.

The horrifying incident occurred early Monday morning — around 5 AM, when this longtime worker says she was by herself — in Auburn, during which a man in a pickup truck ordered something to go and cruised up to pay and get his java … all of which was on camera.

Check out what happens as he’s trying to give her cash with her hand extended — the dude literally snatches her arm and makes and effort to pull her into his truck in one fell swoop. 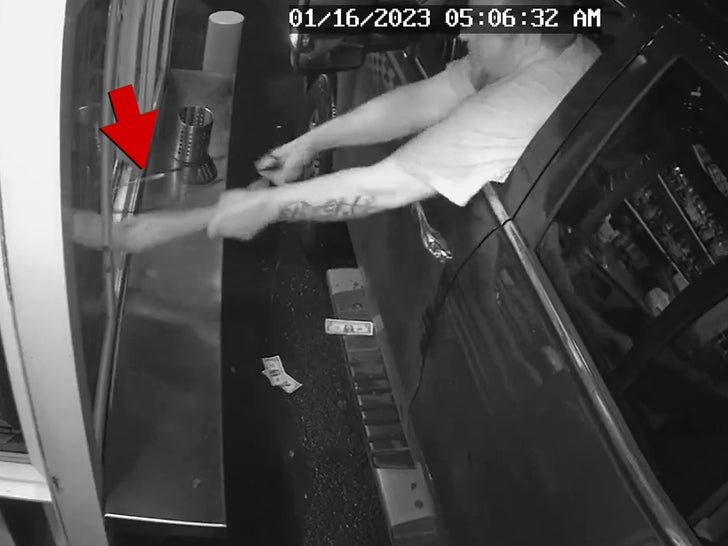 Luckily, the woman was able to wiggle her way out of it and escape his clutches … but the scarier part is what appeared to be in his other hand while doing this — an instrument that cops have said looks like a black zip tie, which they suspect this man wanted to use.

He almost tries to go for her again, but decides against it … dropping his money on the ground and slowly driving away after what police say was a failed abduction attempt.

The suspect seen here attempted to drag the victim through the window using a looped ziptie device. The victim was able to fight off the attacker.

The suspect has a unique tattoo on his left forearm that appears to read “Chevrolet”. pic.twitter.com/1AnPHVl339

It’s a good thing this was on video, because Auburn authorities say they got a massive amount of public tips after posting this clip … which helped them catch this guy about 24 hours later. Auburn PD says he’s in custody, but it’s unclear what charges he was booked on.

There’s also no word on which coffee shop this happened at exactly … law enforcement hasn’t released that info. The woman, meanwhile, suffered minor injuries — but is okay.