Four days after the Hollywood Foreign Press Association (HFPA) handed out the awards at the 75th Golden Globe Awards, the Broadcast Film Critics Association (BFCA) held its own annual ceremony. The 23rd Critics’ Choice Awards was held on Thursday night, January 11 at The Barker Hangar in Santa Monica, California, bringing together the nominees as well as A-list guests.

Opting for a color that is in contrast to the dress code for the Sunday, January 7 Golden Globes, , , and more graced the red carpet, which in this case was actually blue, in white. Jolie wore another featherly number, a strapless white gown with an asymmetrical angle that showed off her toned legs from Ralph & Russo. 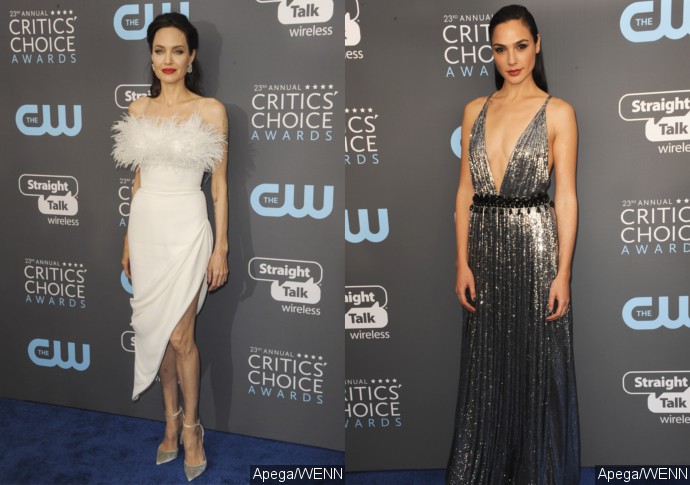 Kruger showed off her svelte figure in a white gown with a silver mesh accent along her chest and the straps from Vera Wang. No longer shy to flaunt their romance, she came with her boyfriend Norman Reedus following their red carpet debut as a couple at the Golden Globes. 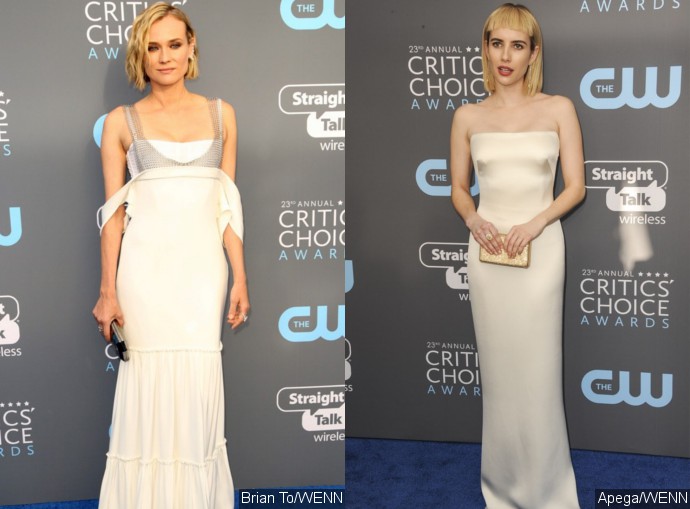 Roberts, meanwhile, opted for a simple number, a silky strapless dress with a matching white blazer which perfectly hugged figure. Showing off her new hairstyle with a short fringe, she was joined by her on-/off-boyfriend Evan Peters.

Still wearing black were in an embroidered dress, in beaded dress by Dolce & Gabbana, and whose Prada mini dress with polka dot design resembled Clarke’s. 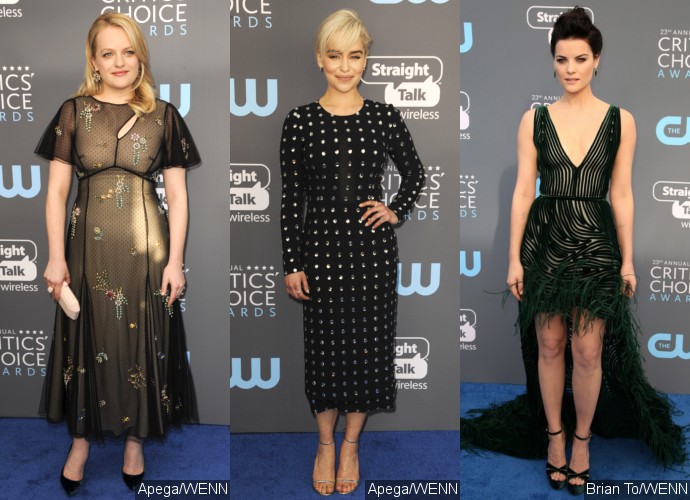 Mixing black and while, looked fresh in a Naeem Khan black-and-white, tea-length dress with black beaded bodice with a traditional scoop neckline and layers of white tulle for the frock. , meanwhile, showed a different style in her two-toned dress. 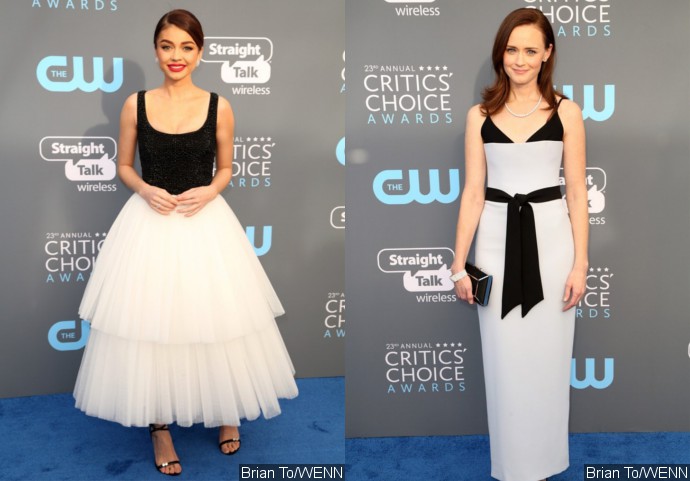 Tapped to host the event, wowed in a red high-neck gown adorned with crystal beads around the neck by Prada. Also wearing a Prada, literally shone in a silver dress with very plunging neckline. She was on hand to accept the #SeeHer Award on behalf of “” director Patty Jenkins. 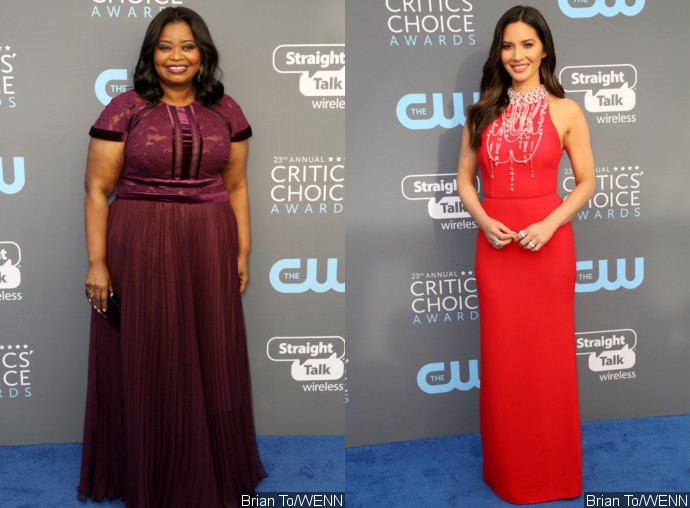 Bringing more colors to the blue carpet were in a Tadashi Shoji purple dress, in a Vionnet green that bared her cleavage, in a dramatic Georges Chakra dress with deep emerald colored frock, sheer panels and a feathered train, in a blue number, as well as and in colorful gowns. Meanwhile, in Michael Kors and in Vivienne Westwood Couture oozed glamor. 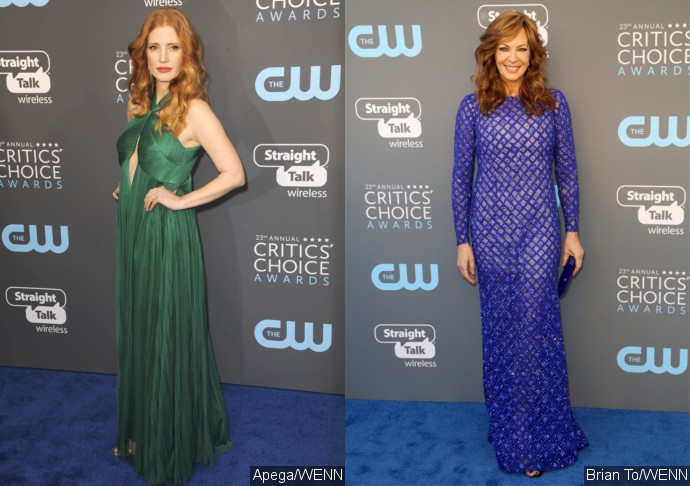 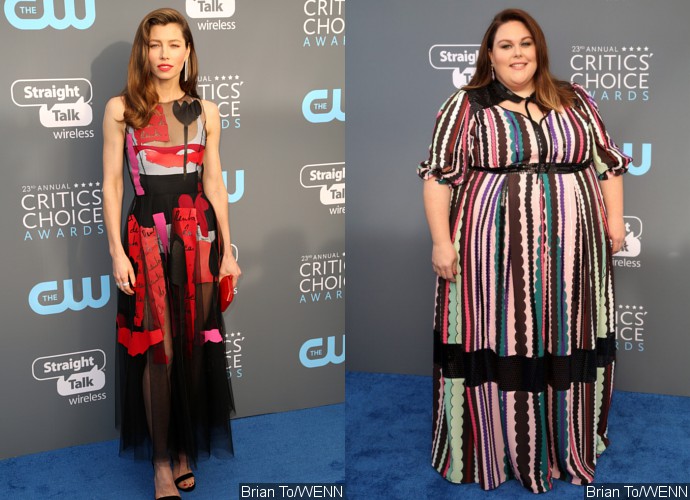 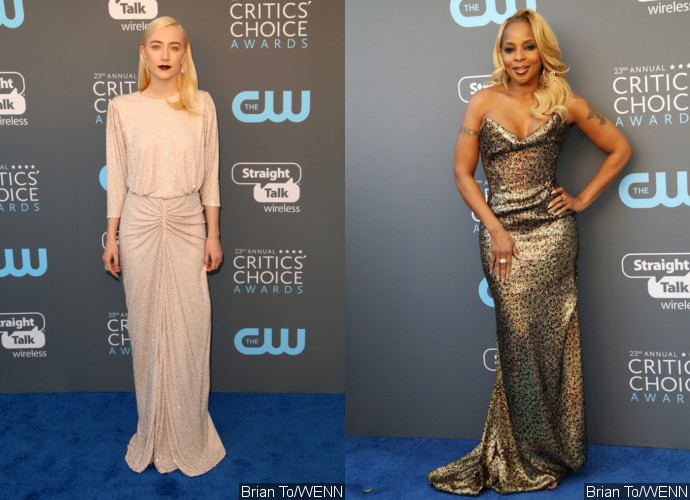