AceShowbiz –
Celebrities flocked Goya Studios in Hollywood, Los Angeles over the weekend to attend the 2018 Just Jared Halloween Party. Among those who showed up in costumes were Ireland Baldwin and her cousin Alaia Baldwin as well as sisters Rumer and Scout Willis.

The model daughter of Alec Baldwin definitely turned heads at the event, getting her body covered in blood as she brought along an axe with her, as if she just killed someone. Her cousin, meanwhile, didn’t dress as scary as she was, but the fact that she was having a big knife in her sweet getup was enough to terrify people. Never judge a book by its cover.

While the Baldwins looked like they were more than ready to cut down your flesh, the Willis sisters channeled their inner cowboy spirit in a western-themed outfit. Going all out, the daughters of Bruce Willis and Demi Moore even rocked fake beard and cowboy hats.

As Halloween was a little bit identical with darkness, it was no surprise to see some attendees went all-black for the annual party, though there were some who caught attention with their colorful fashion choice. For instance, Sarah Hyland decided to dress up as a taco while Ashley Greene cosplayed Robin Hood.

Take a look at other celebrities’ costume at the party.

1. Watch Out for Pretty Murderers

Ireland and Alaia Baldwin struck scary poses when they hit the red carpet along with their own weapons.

While Scout Willis clad in a pinstriped suit and tan leather booths, Rumer Willis rocked a camel-hued fringed coat underneath her shirt.

Painting her face white, Jaina Lee Ortiz opted for a black bodysuit over a gray blazer, complete with a black top hat.

Jaime King dressed up as Saint Joan of Arc for the bash, rocking a crown and a beige long gown.

Victoria Justice painted herself as an Ouija board, with her eyes outlined with smoky black liner. The board’s alphabet and numbers were painted along her chest.

Joey King showed up at the bash as the main villain in “Harry Potter” franchise, Voldemort.

Sarah Hyland ditch her beautiful dress for a taco costume.

Janina Gavankar looked like she came out of a video game with her costume.

Adam Lambert looked quite devilish in his sleeveless jacket which he teamed with matching pants and boots. Completing his look was a pair of red horns.


Matthew McConaughey Gets Praise for Surprising Houston’s Heroes With Lunch 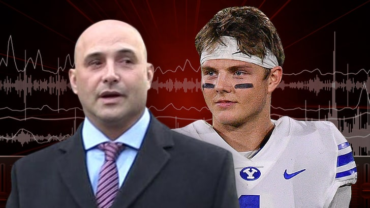