… Case to Be Closed 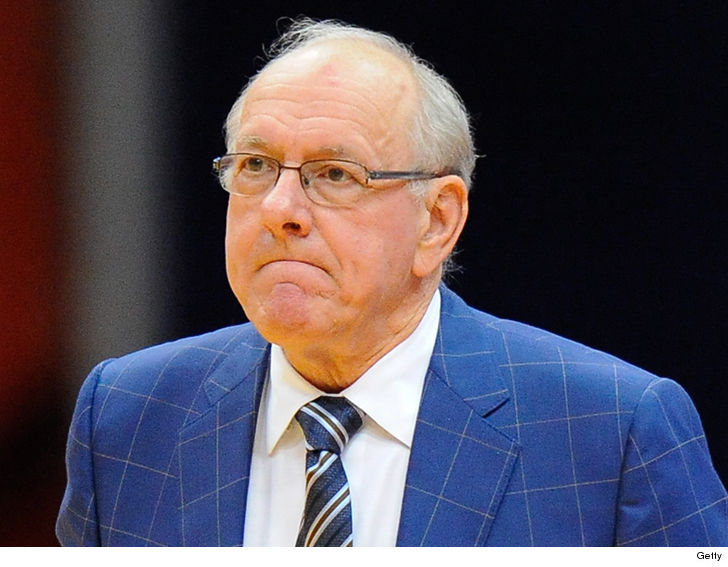 Syracuse basketball coach Jim Boeheim ﻿was NOT speeding on the night he hit a man (who later died) on a New York highway … this according to officials who say it’s highly unlikely Boeheim will be prosecuted.

As we previously reported, the 74-year-old coach was driving home after a game at the Carrier Dome last Wednesday night and struck a man who was standing on highway I-690. The man died as a result of his injuries.

Cops administered a field sobriety test on Boeheim but determined he was completely sober and he was NOT arrested at the time. Officials conducted a more thorough investigation to find out if Jim was driving irresponsibly that night … but law enforcement is now saying the guy did nothing wrong.

In fact, officials say an accident reconstruction shows Boeheim was NOT speeding at the time of the crash.

Onondaga County District Attorney William Fitzpatrick told the AP that unless something comes out of left field, Boeheim will not face any charges.

Officials say the victim, 51-year-old Jorge Jimenez had been in an accident before the Boeheim crash — and was walking on the highway in an effort to get help.

Boeheim says he saw the crash scene and was trying to drive cautiously, and that’s when he accidentally struck Jimenez. Boeheim claims he simply didn’t see the guy.

Boeheim addressed the accident last week … saying he’s “heartbroken that a member of our community died as the result of last night’s accident.”

“Juli and I extend our deepest sympathies to the Jimenez family. Out of respect for those involved, I will not be providing further comment at this time.”