Famous faces from around the world wore their best outfits for the amfAR’s 23rd Cinema Against AIDS Gala in Cannes on Thursday night, May 19. Among those who turned heads on the red carpet at the five star Hotel du Cap-Eden-Roc were , and .

Karlie, Heidi and Alessandra drew attention as they showed a lot of skin in leg-baring dresses. Karlie wore an off-the-shoulder black velvet dress which featured flower detailing in the chest and a thigh-high slit. Heidi rocked a yellow dress with plunging neckline which revealed her ample cleavage and a high slit which put her leg on full display. Meanwhile, Alessandra put on a racy display wearing a black sheer dress which accentuated her curves.

The event also brought out some of the biggest A-listers like , , , and . However, anyone who hoped for Katy and ‘s first red carpet outing as a couple would be disappointed as the two didn’t arrive nor posed together on the red carpet. The “Roar” singer stunned in a red gown with rose petals which she teamed with matching lipstick. 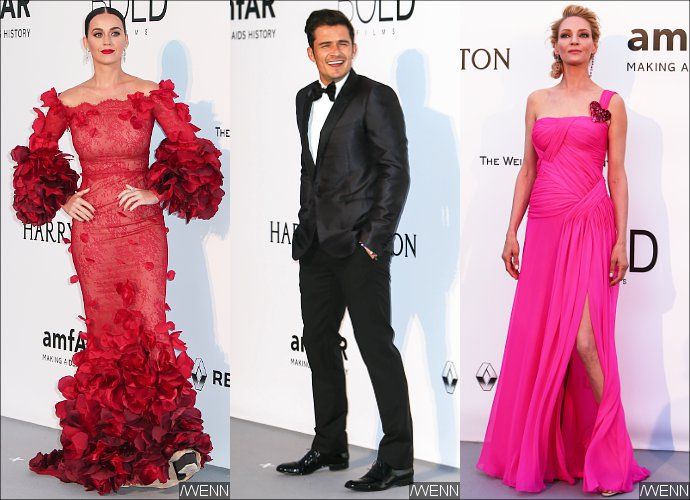 Uma opted for a glamorous look donning a silk fuchsia gown with a sequinned heart on one strap. Helen looked fresh rocking a black sheer dress with flower embroidery in the chest. Meanwhile, Bella was a lot more covered up in a black floor-length dress, after showing a lot of skin at the premiere of “” yesterday. As for Irina, she looked sexy in a black beaded gown with her hair wrapped away from her face. 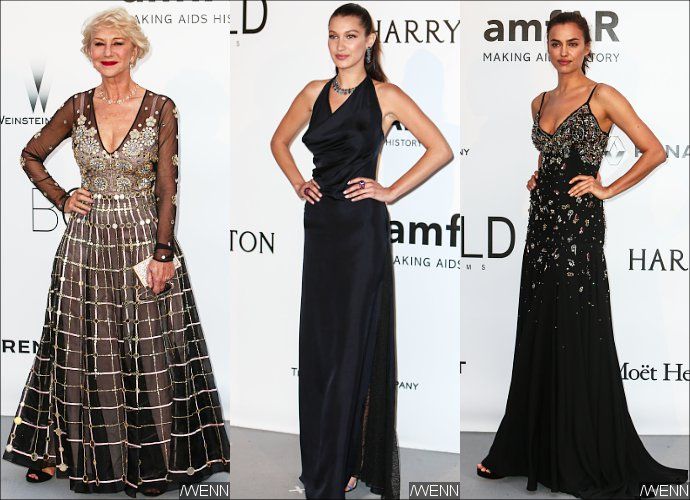