and couldn’t hide their affection toward each other at the Clive Davis and The Recording Academy’s Pre-Grammy Gala in New York City on Saturday night, January 27. The pair, who never confirmed their relationship, sat together at the same table at the party.

They looked adorably happy together, smiling and gazing lovingly at each other. At one point, the “” actress was seen whispering something into her rumored beau’s ear. They reportedly stood up and danced along with other partygoers when performed. 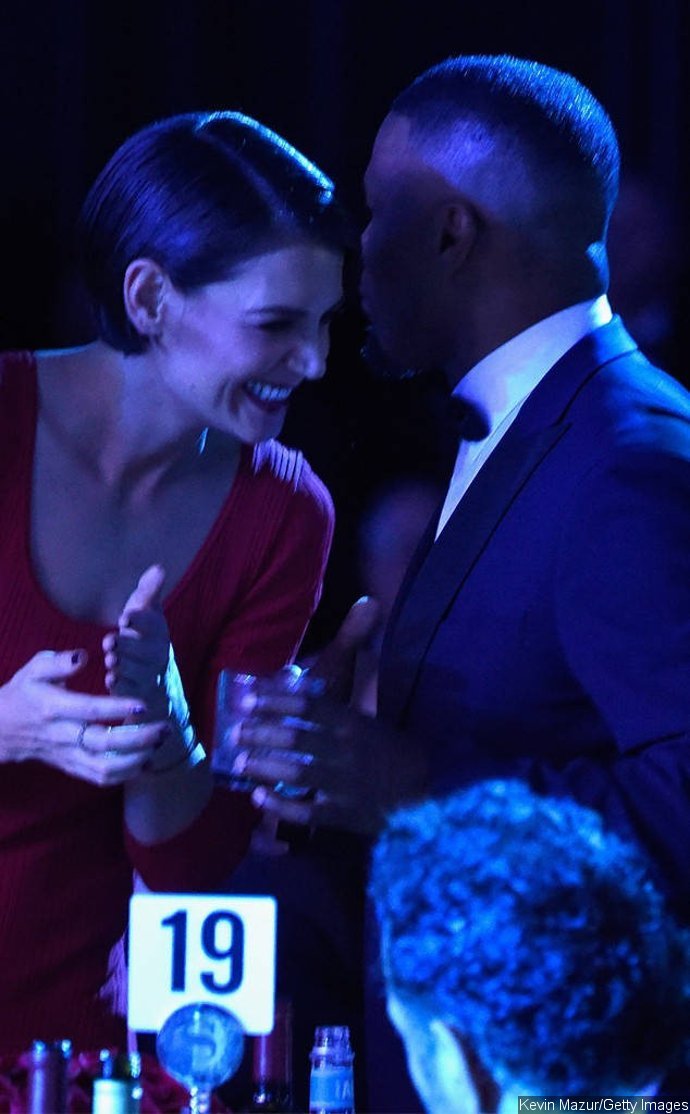 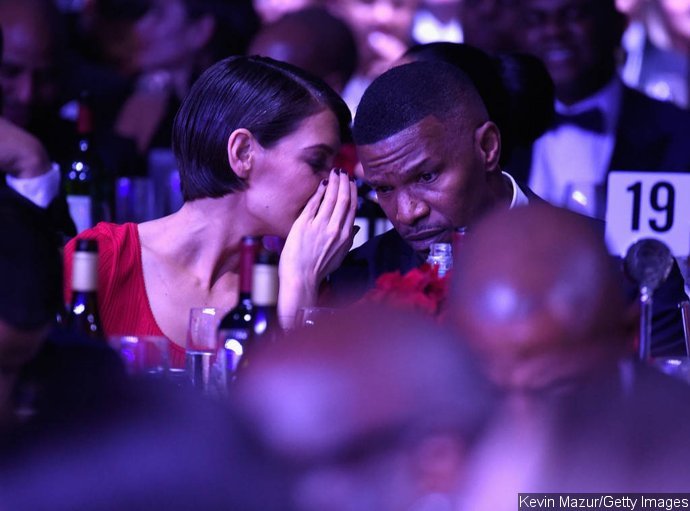 Katie reportedly tried to avoid drawing attention to them by briefly walking out of the room a few moments before host Clive Davis announced Jamie’s presence. Clive then said, “This lady left the room right when I was going to introduce her, she was sitting at that table right with Jamie Foxx and everyone else. If you’re going to sit together what better night than tonight?” 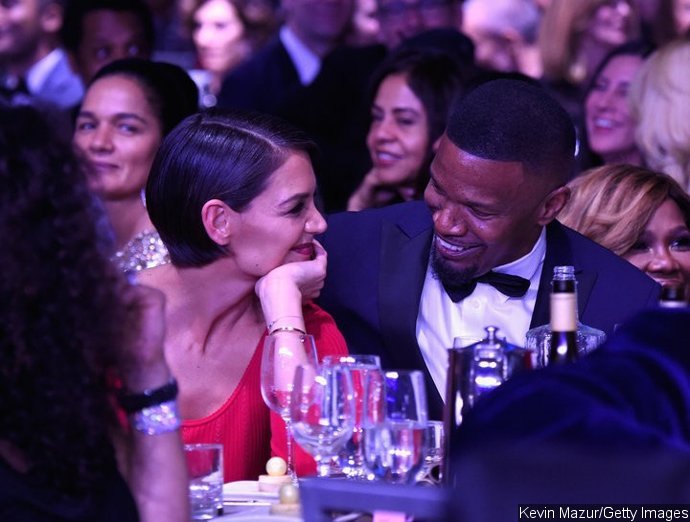 A source told E! News that Jamie intended to make a “quiet debut” with Katie that night. Even though the two didn’t walk the red carpet together, the source said they still wanted to “enjoy the evening together.” 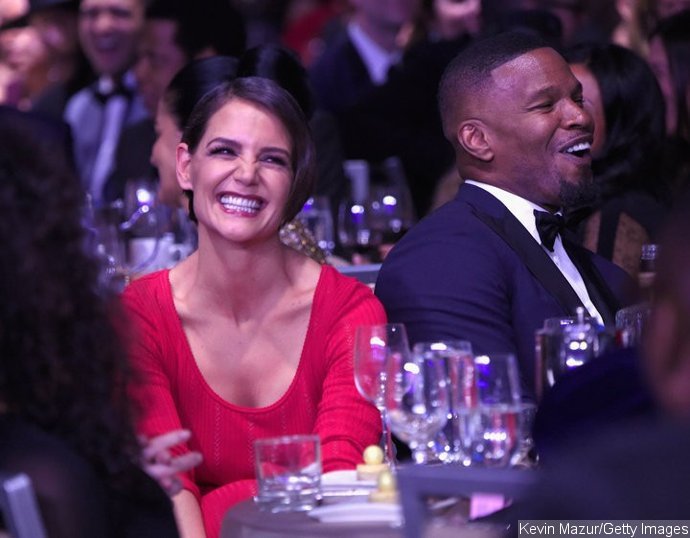 “They are happy and very much in love. He adores her,” the source shared. “They are still going to keep their relationship on the low but you may see more random outings with them going forward.” 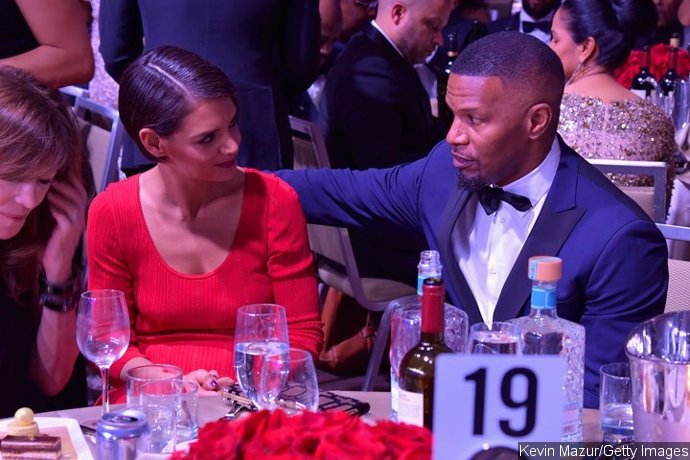 Katie was a vision in red that night. She wore a crimson frock with a low cut neckline and vertical sheer stripes. 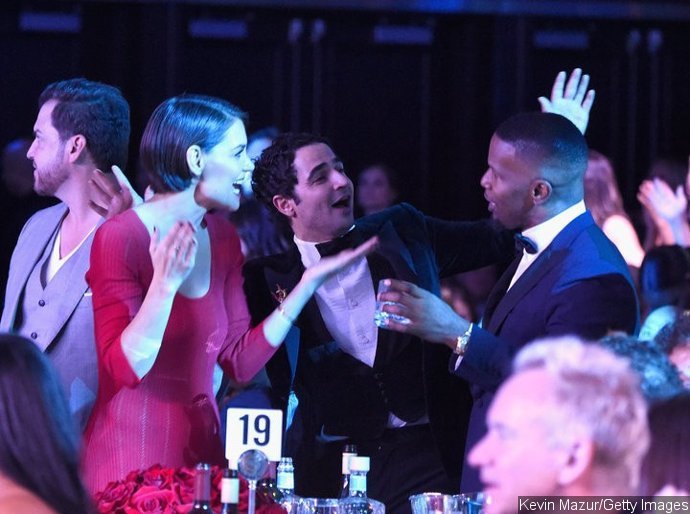 On Sunday, she and Jamie also attended the 60th Annual Grammy Awards, though they were not pictured together. Posing on , Katie wore a shimmering black calf-length gown, which had a ruched skirt and fabric belt.

Last December, the 38-year-old actress was also spotted at his 50th birthday celebration. According to PEOPLE, the two arrived together. “They walked in together,” said a source. “They mostly mingled with other guests, and spent very little alone time. It was obvious that Jamie had a great birthday. Katie looked like she had fun as well. She looked gorgeous.”