He LOVES the UFC (and Me)

How big of an MMA fan is Cristiano Ronaldo? ﻿

So massive, that Real Madrid brought UFC star Khabib Nurmagomedov to meet him in Spain so the 2 could bro down … this according to Khabib himself.

“He know everything about the UFC,” Nurmagomedov told TMZ Sports outside Jay Glazer‘s Unbreakable Performance Center in Hollywood.

FYI, the meet-up went down at Real’s training center in Madrid … where the two Euro-sport mega-stars talked fighting and exchanged gifts (Khabib got a signed ball and jersey). 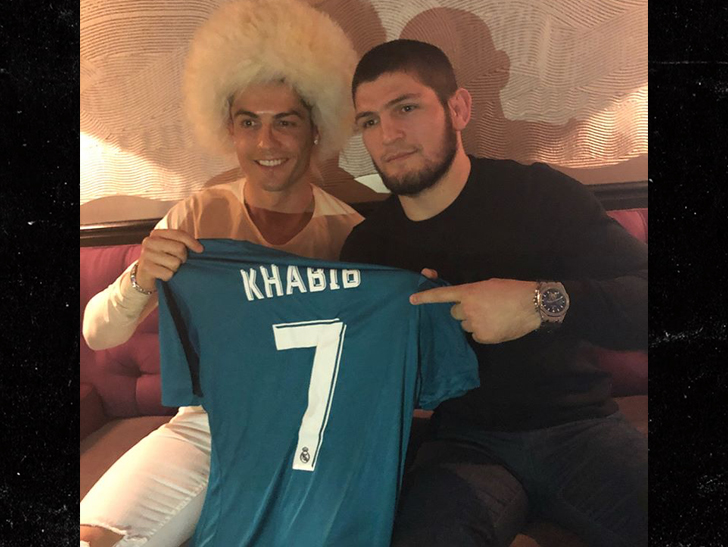 If this feels familiar, it’s probably ’cause Conor McGregor — Khabib’s arch-nemesis — also kicked it with Cristiano. Ronaldo visited Conor before his first Nate Diaz fight … facing off with McGregor at his private gym in Vegas.