Baby bump debut! After spotted multiple times sporting cover-up looks to hide her “baby bump” in the past few days, finally showed off her blossoming belly in a tight top when she was spotted filming “” in New York City on Thursday, October 26.

Khloe paired the black bustier top with a fuzzy black coat, a pair of skinny jeans and matching black, sky-high heeled boots. The Good American owner was seen holding a cup of Starbucks coffee while carrying an army green hand bag. The blonde beauty looked chic while strolling through the streets showing off her pregnancy style. 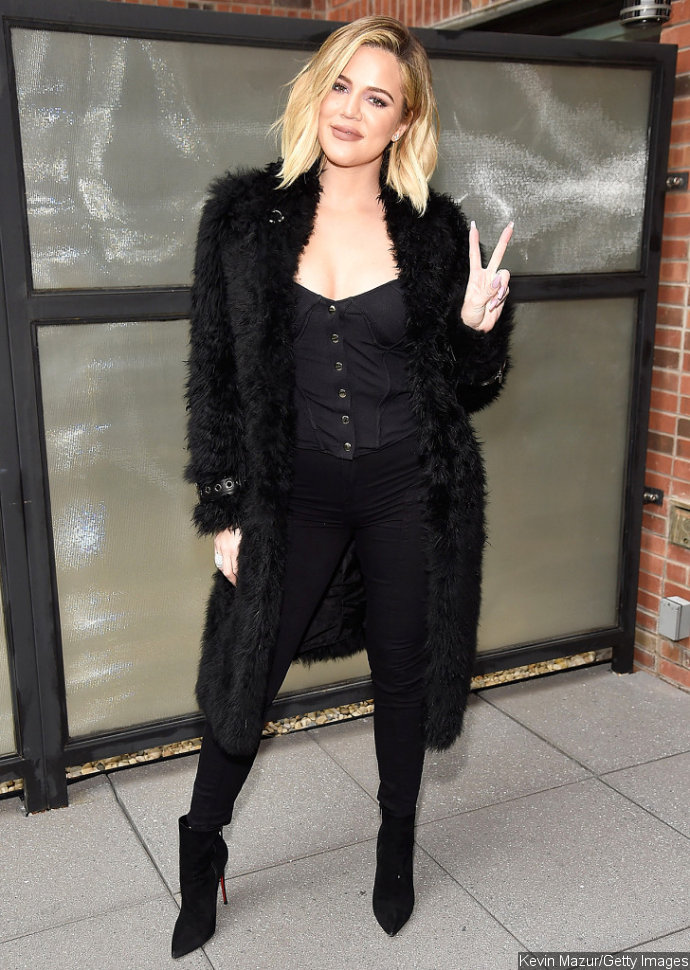 The 33-year-old reality TV star is reportedly five months pregnant with her first child with basketball player boyfriend . News of her pregnancy first late last month, just days after her half-sister, , was reported to be expecting her own baby with rapper beau .

While Khloe’s rep has yet to confirm the pregnancy news, a source said at the time, “Yes, Khloe and Tristan are expecting and they are absolutely thrilled. This isn’t something they were in a rush to announce to the whole world, and it’s only been in just the past week or so that they’ve felt comfortable telling most of their inner circle.”

Recent report revealed that the “” star is with her 36-year-old beau. And ever since she learned that she’s carrying a baby, she has maintained her healthy lifestyle and is reportedly sticking to her workout routine as well, doing “more cardio” and “less intensive” workouts.

Rumor has it that Khloe is due around the same time with Kylie, early next year. The baby will be Khloe’s first child but Tristan’s second one. She was previously married to retired basketball player . They have no children together. Meanwhile, Tristan welcomed a son named Prince Oliver with his ex-girlfriend Jordan Craig in December 2016.