has buried the hatchet with ‘s fiancee as the three were spotted stepping out together in Los Angeles on Tuesday, April 26. The “” star, her brother and the 27-year-old model went to an OB-GYN, which is the same OB-GYN that helped Kim with North and Saint’s pregnancies, before having lunch together.

The trio seemed to be in good spirits as they’re all smiles while a group of paparazzi snapped them. Some speculated that Rob’s beloved lady was pregnant and she needed to see a doctor, so Kim and Rob took her to the OBY-GYN. However, a source close to the situation said that the model was not pregnant. 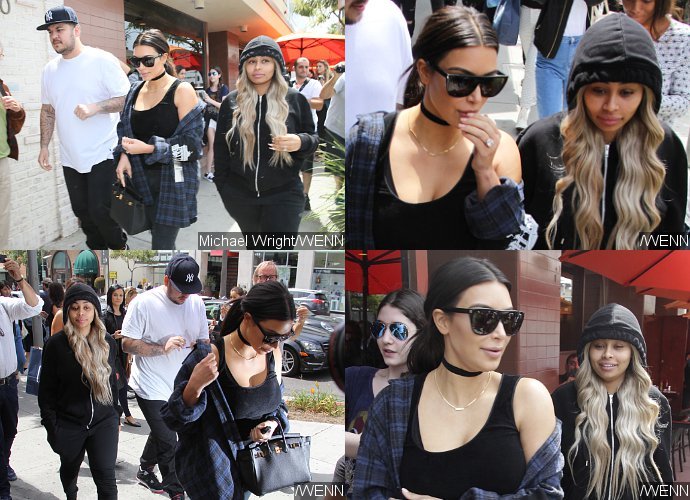 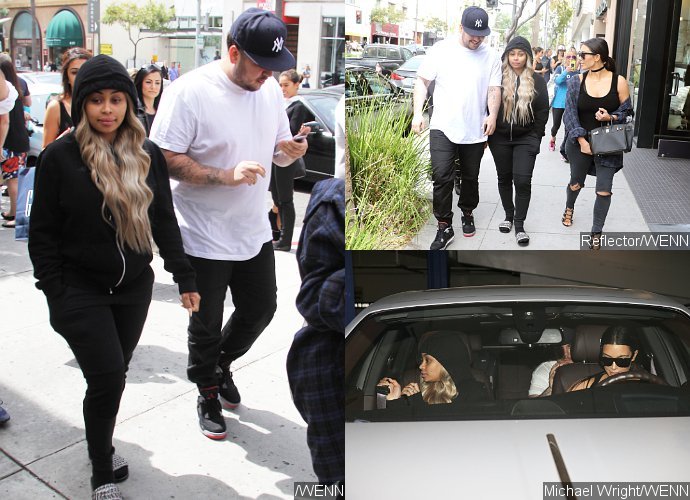 Kim was seen wearing a black tank top under a tartan shirt which she left open and black ripped jeans, while Blac donned a black hoodie and black skinny pants. As for Rob, he rocked a white T-shirt, black jeans and a baseball hat.

Later that day, the three were seen having lunch at Nate’n Al in Beverly Hills. They went to the restaurant in the same car.