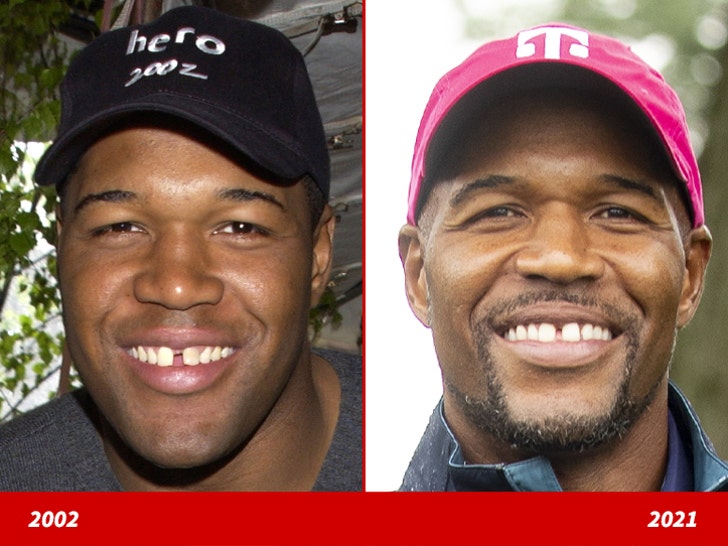 Here’s the 31-year-old version of the retired NFL defensive at a benefit for the Pediatric AIDS Foundation in New York City back in 2002 (left). That year he earned the record for most sacks of a quarterback in a single season … which he still holds today!

And, 19 years later … the ‘Good Morning America’ television personality — who is celebrating his 50th birthday today — still working on his athleticism at the ‘Big Daddy’ Celebrity Golf Classic and Gala Event in New York earlier this year (right).