may have found herself a new boyfriend. The 28-year-old actress was spotted locking lips with her “” co-star Riley Smith on Valentine’s Day. The rumored couple enjoyed a romantic dinner date at Pace Restaurant in Los Angeles. 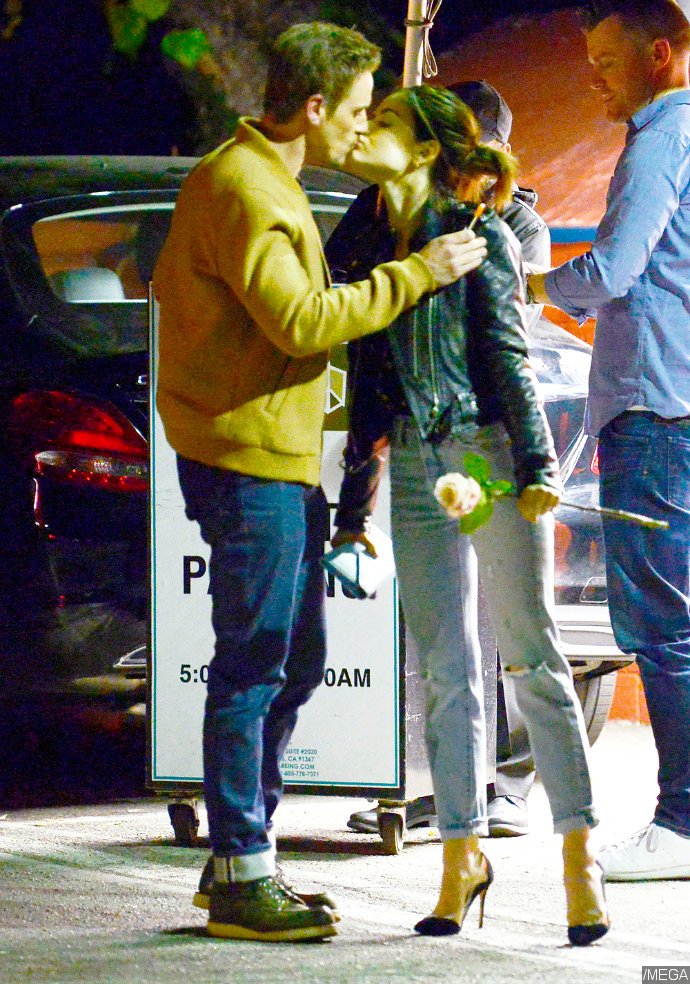 “Lucy Hale left Pace restaurant holding hands after a romantic Valentine’s meal,” an onlooker told Us Weekly. “The actress was also grasping onto her pink rose as they waited for around 10 minutes for vale to bring their car.”

The onlooker added that the pair didn’t shy away from flaunting PDA. “She leant over to kiss and hug him a few times during this period and was also seen sucking his lollipop that the restaurant gives to their customers for after meal,” the eyewitness continued.

The dating rumors came after Hale and Smith wrapped filming season one of their upcoming CW show. The “” actress took to Instagram to share the special moment. “This group of remarkable humans and I just had our last table read for season one of ‘Life Sentence’,” she wrote. “I’m so excited to introduce you into our world we’ve been creating these last 6 months.”

Hale was previously in a two-year relationship with Anthony Kalabretta. The former couple, who first sparked romance rumors in June 2015, called it quits in May 2017. She also dated actors Graham Rogers, and Chris Zylka. The latter is now engaged to . They the happy news earlier this year.