Nina Agdal wouldn’t miss the good lighting to take a good picture. That’s why during her recent date with her boyfriend Jack Brinkley Cook, the 26-year-old model had an impromptu photo shoot in the wilderness and she did it in the way that she knows best, naked.


The blonde beauty stripped down to nothing but her birthday suit in the snap that she posted on her Instagram account on Tuesday, April 3. Posing sideways, she showed off her bare butt to the camera while she held onto the branch of a tree.


“When the light and your boyfriend are cute, you gotta do what you gotta do,” she cheekily captioned it. Apparently her lucky boyfriend was the one behind the camera to capture the racy moment.


Fans soon flooded the comment section with gushing messages like “Incredibly HOT Nina!,” Tasteful and beautiful…..” and “Gorgeous as always.” One of her followers quipped, “Oh my. What kind of tree is that? The fruit hanging off of it looks delicious.” 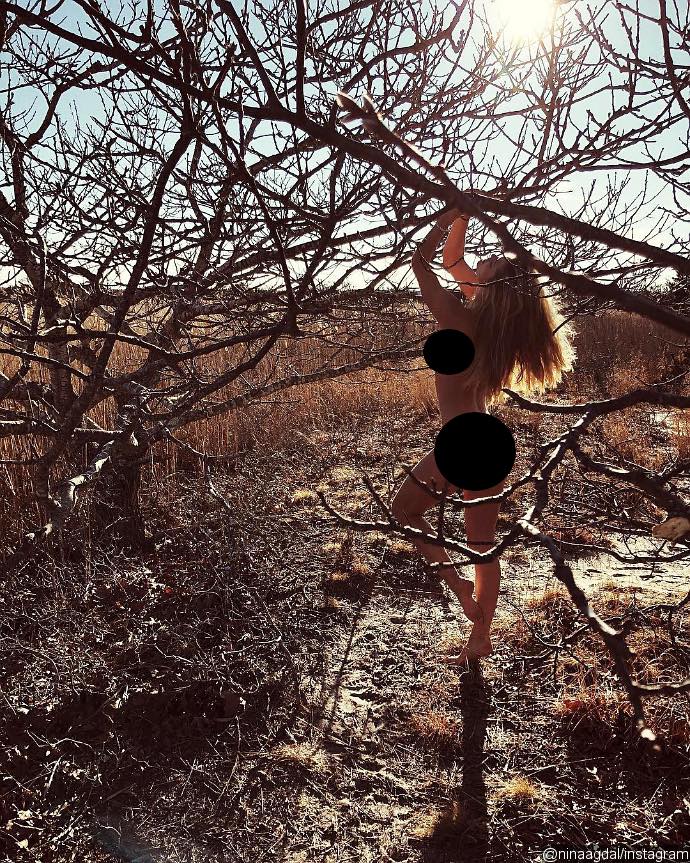 
Nina has been dating Jack, the 22-year-old son of famed model Christie Brinkley, since last summer. “It’s actually really, really good. Me and Christie are super cool,” Nina said in February about her relationship with the iconic Sports Illustrated Swimsuit model. “She’s one of the most, you know, the smartest woman and one of the most beautiful women. I like get surprised, I walk out of the door in the Hamptons at 10 A.M. and she looks 10 times better than I do at all times. She’s an incredible woman. She’s so sweet.”


Nina previously was linked to notorious womanizer Leonardo DiCaprio. They were first spotted together in May 2016 at Up & Down club in New York City. Their romance ended in May 2017. A source told Daily Mail at the time, “They both decided it was a good idea to break up. They are staying friends and are on good terms. They broke up a couple of days ago.”