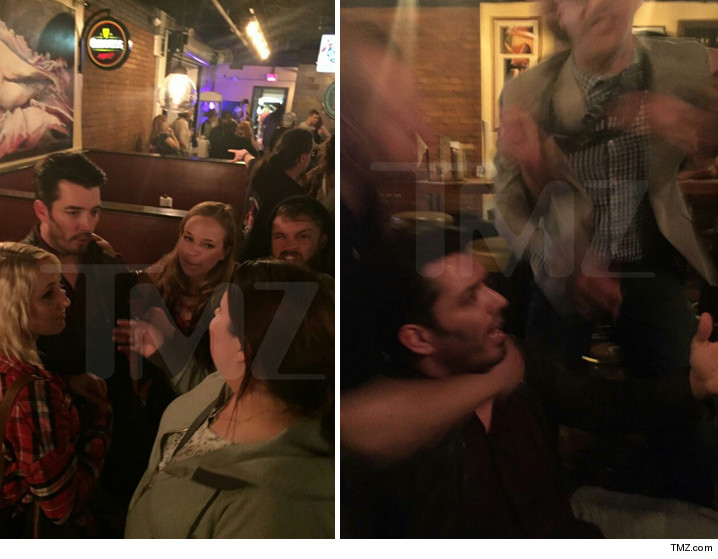 “Property Brothers” star Jonathan Scott ended up in a bouncer’s headlock while he was hanging in a Fargo bar, and now police are investigating.

Cops tell TMZ Jonathan was at Dempsey’s Public House Saturday night when the altercation started. It wasn’t much of a fight — we’re told the bouncer quickly subdued Jonathan.

It’s unclear what started the fight, but cops tell us the bar was trying to get people out before the 2 AM closing time. Jonathan called 911 at 1:57 AM, claiming he was assaulted by the bouncer.

A source close to Jonathan tells us he happened to get in the middle of other people who were arguing, but had nothing to do with the situation. Cops say Dempsey’s staffers deny any assault, although the photos make it pretty clear something went down.

No one was arrested, but cops say they’re investigating and will review surveillance video to see if charges are necessary.