Ric Flair is praising the doctors who “brought me back again” — saying it’s a “miracle” he survived a terrifying medical scare earlier this month … and he’s got the $1.8 MIL bill to show for it.

In his first video since leaving the hospital last week, the 70-year-old apologized for not speaking out sooner … but says his vocal cords have been sore from having a tube down his throat.

But, it didn’t take long for Flair to start screaming and “woooing” again while explaining how he almost DIED for the second time in just 2 years.

As we previously reported, Flair was rushed to the hospital on May 16 after suffering a “very serious” medical emergency. He underwent surgery and was released a week later. 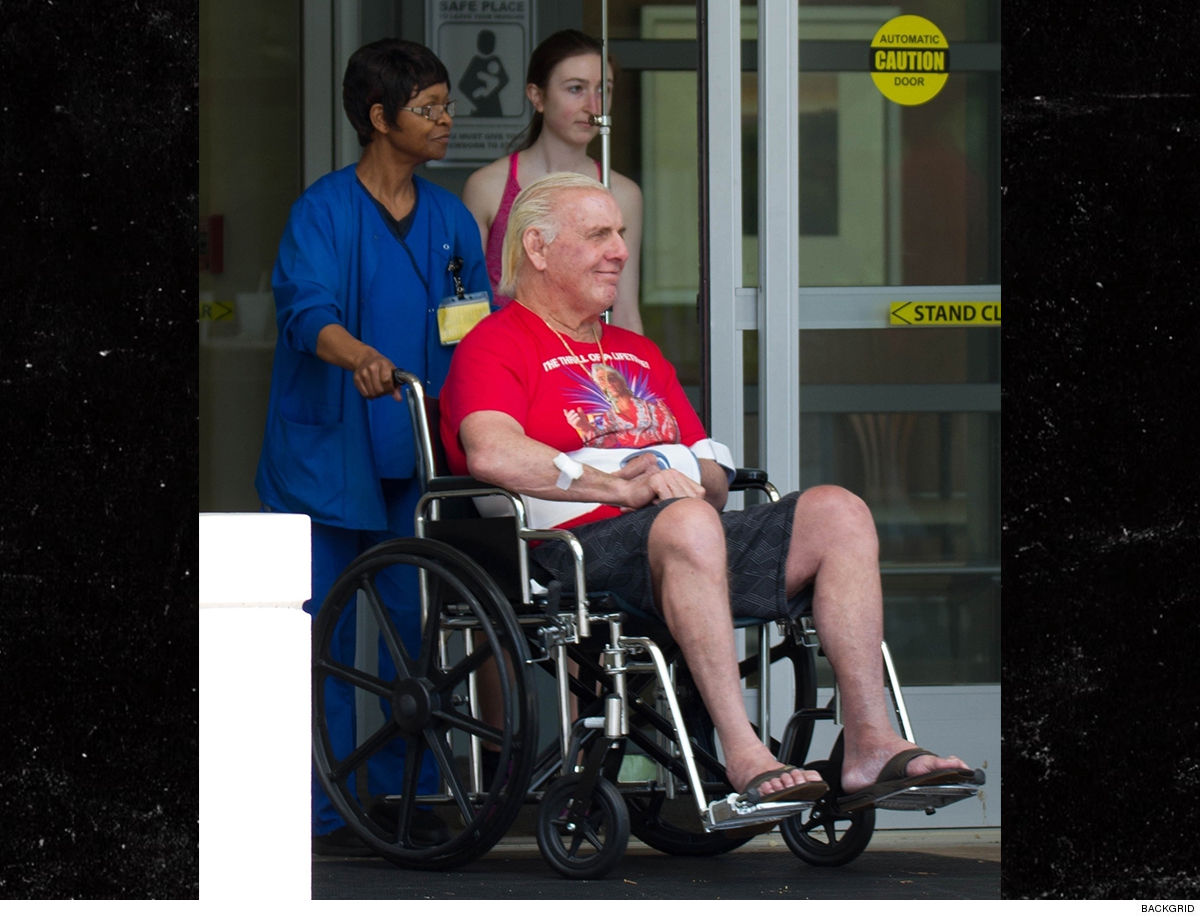 Flair says his treatment was a “$1.8 million tune” … and said, “Thank god for insurance.”

Naitch says a bunch of his famous friends checked in on him during his hospitalization — from Triple H to Charles Barkley to Hulk Hogan to Offset.

But, Flair also CALLED OUT a bunch of his so-called friends who DIDN’T call. While he didn’t name names, it’s obvious he’s really pissed at those people.

Doctors told Flair he needs to “grow up” and treat his body better — but Flair says HELL NO … he’s gonna continue to push the limits and booze and party until his dying breath.

“I’m never gonna get old. I got a wife that wants a 35-year-old man every day of her life.”

“I don’t care how many doctors tell me, ‘you gotta learn to grow up’ …I’m not gonna act like my age, don’t ever tell me that!! I’m paying you to make me better so I can be me. That’s me and that’s all i’m ever gonna be … good or bad.”