45 minutes ago BY TMZ STAFF 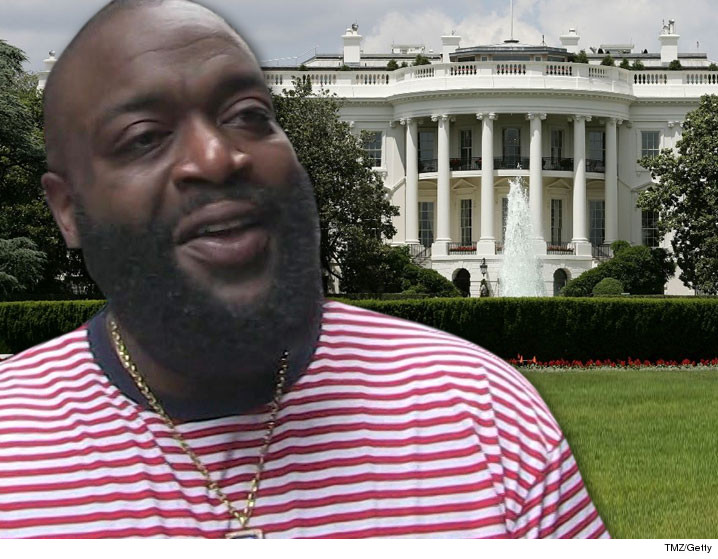 Rick Ross was like a loud fart in a quiet room when his ankle bracelet went off over the weekend at the White House.

Ross was there along with a bunch of other rappers — Nicki Minaj, Busta Rhymes, J. Cole, Wale and DJ Khaled — to support Obama’s Brother’s Keeper youth initiative, ironically to keep men of color out of trouble.

It was a serious and fancy affair … enough to get Ross in a suit, which covered the ankle monitor he has to wear … a condition of release in his kidnapping case.

Sources on scene tell TMZ Obama finished his speech when Ross’ anklet ripped through the silence.

We’re told Ross was even surprised … the anklet’s new and it randomly beeps.

So … whoever heard it blurted it?