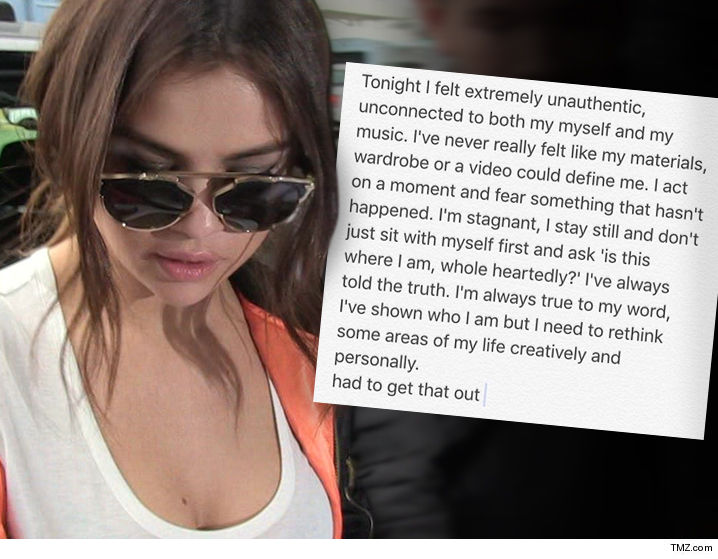 Selena Gomez just posted a puzzling message … calling herself, “unauthentic” and “unconnected” to herself and her music hours after a concert.

Gomez took to Instagram Saturday — post-show in Indonesia — mentioning she’s never felt her materials, wardrobe or a video could define her … but it seems something got in her head.

Selena also reflected on her life … saying she thinks it’s time to do an overhaul both personally and creatively.

It’s unclear exactly what happened with the singer … but a video taken during the concert shows her on the verge of tears before a song as she spoke to fans about loving and caring for one another.

Selena talking to the crowd in Jakarta. pic.twitter.com/2mMqbpv1Gp