As the first weekend of Coachella 2016 has just begun, some of the biggest names in Hollywood showed off their best boho looks. Among those who took to social media to give a look at their fashionable styles were , , and .

The “” star dyed her hair peach for the annual sun-drenched
festival. The 18-year-old star posted a series of photos and videos on her social media accounts to give fans a glimpse of her new hair color. She also posted a photo of herself playing DJ with her pals. The youngest sister of the Kardashian clan rocked a white crop tee and short denim pants complete with a silver choker necklace. 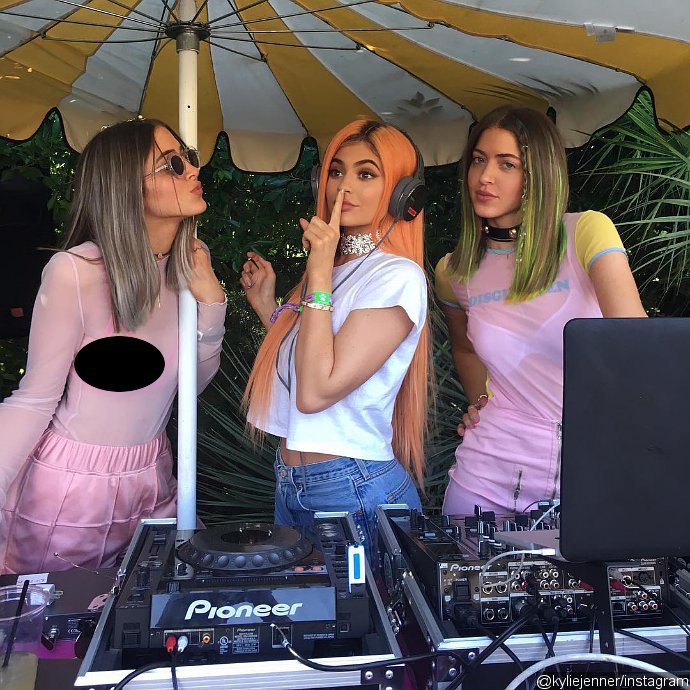 Hailey also uploaded a photo from the music and arts festival on Instagram. The 19-year-old model was seen wearing a white bra and ripped jeans which she teamed with a fringed outer. She flaunted her natural beauty by wearing minimal makeup and messy hair with a headband. Completing her bohemian look were big round earrings.

Elsewhere, Taylor and Alessandra uploaded photos of their own Coachella styles. ‘ girlfriend showed off her “BLEACHELLA” hair while sporting black jacket and matching sunnies complete with her signature red lips. Meanwhile, the Victoria’s Secret Angel looked sexy in a chiffon outer and hot pants that fully displayed her lean legs.