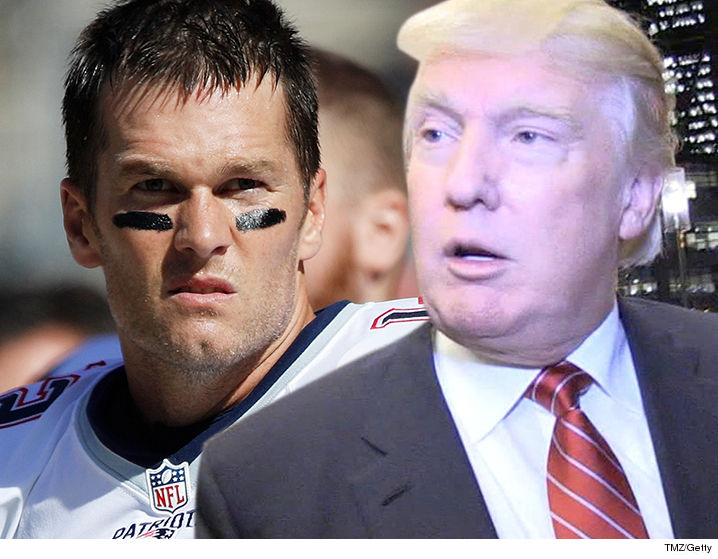 Tom Brady says he walked offstage when asked about Donald Trump‘s “locker room talk” because he didn’t want to be a “distraction for the team” … but says he still considers Trump a friend.

Brady called in to the “Kirk & Callahan Show” on Monday — when he was asked to expand on his relationship with Trump.

“I met him probably 15, 16 years ago,” Brady said … We’ve played golf together many, many times and I’ve always had a good time with him.”

When asked why he shut down the “locker room talk” question last week — Brady said, “It’s just the way it is right now.”

“Obviously there’s a lot of headlines to make, and I’ve tried not to make a lot of headlines. I’ve been in an organization where we’re taught to say very little, we have respect for our opponents and we don’t do the trash-talking.”

“The thing I’ve always thought is I don’t want to be a distraction for the team. That’s what my goal is. Not that there are things I’ve said and done that haven’t been, but you try not to be. It’s just hard enough to win and prepare without the distractions so when you start having the distractions it’s even harder to prepare.”

So, is Brady even gonna vote?

“Yeah, I’ll vote … Maybe we’ll talk about it after Super Tuesday or whatever it is.”