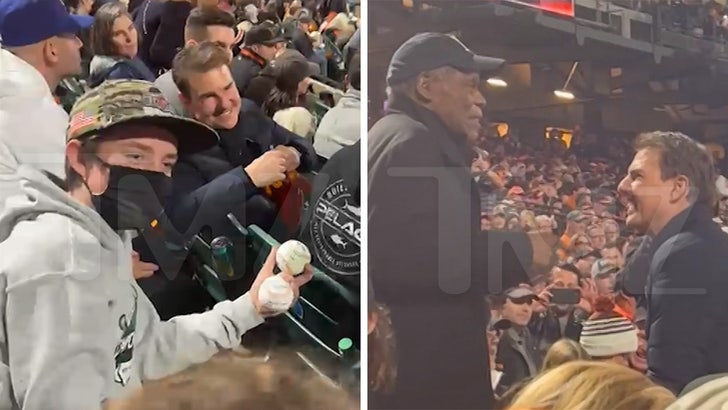 Tom Cruise may be one of the biggest movie stars in the world, but Saturday night he was just a fan at a baseball game.

Cruise hit up AT&T Park in San Francisco where the Giants squared off against the Dodgers, where he paid $1k for a seat. You gotta watch the video … as fans notice him and start fawning … Cruise handles it like a pro. He’s gracious, even chatty with everyone.

At one point, he takes to a dude behind him and they talk about where the guy is from, and Tom is fully engaged. 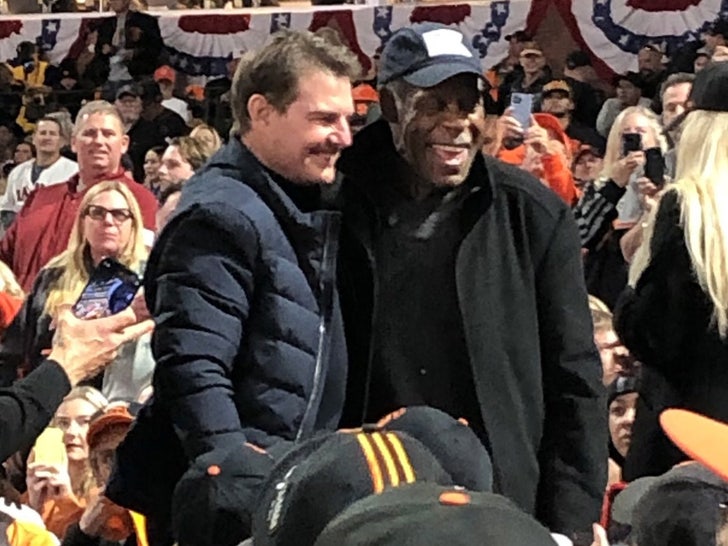 There were celebs on hand … Tom and Danny Glover hugged it out between innings.

He was also seen fist bumping fans, and everyone seems stoked.

NEW#TomCruise at a Baseball Game between San Francisco Giants and the Los Angeles Dodgers in San Francisco. He was there with his Son Connor. pic.twitter.com/NoDZ3FtaHh

BTW … in one of the photos you see what looks like an injury on the side of his face, near his ear. Could be a remnant from the latest “Mission Impossible” movie.

Dodgers slaughtered the Giants 9-2 … game 3 of the playoffs is Monday in L.A.